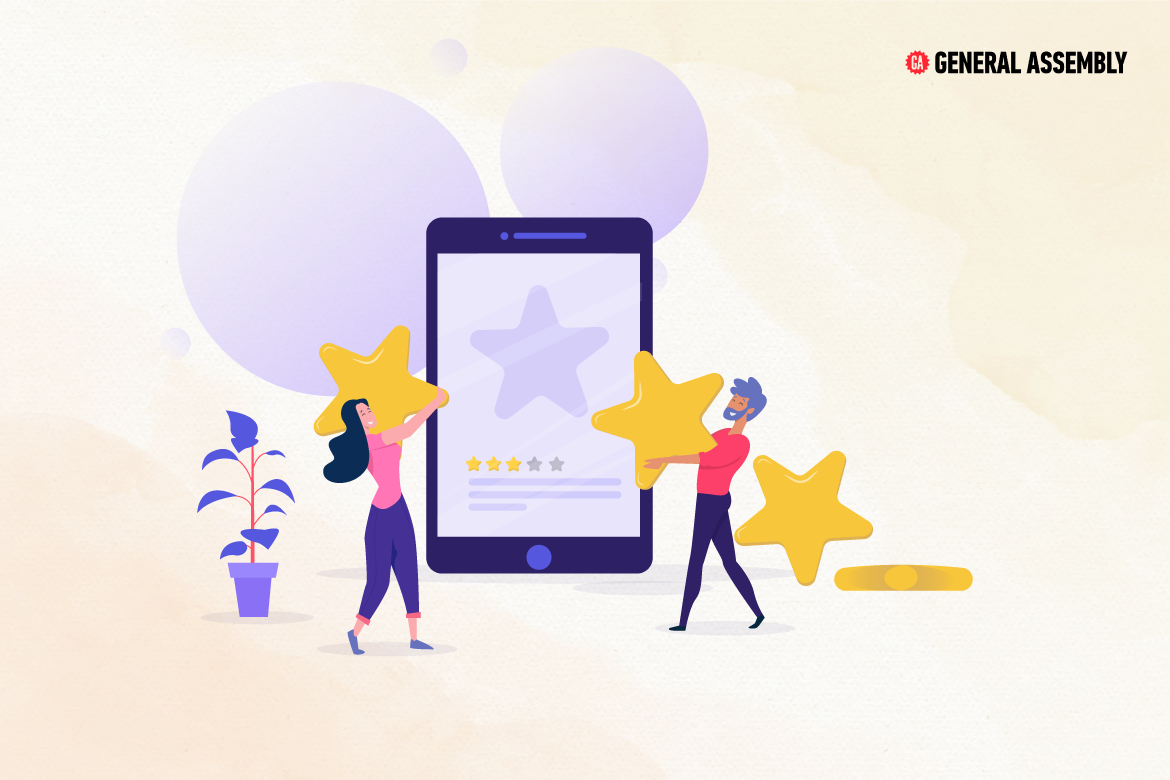 General Assembly is a coding bootcamp that teaches technical skills belonging to the various fields of study. They have campuses across the United States in many states such as San Francisco, New York City, Austin, and Seattle and other large cities like Dallas, Los Angeles, Washington D.C., Denver, Detroit, and Miami. The school has also got campuses in London, Paris, Melbourne, Sydney, and Singapore. Let’s jump into General Assembly Review.

Students learn the required skills to work in the tech industry. They also work on projects to add to their portfolios and polish their resumes to boost their job applications. Candidates who opt for full-time immersive programs also have the opportunity to work with a career coach as they get closer to the job search period.

General Assembly offers a few options on payment. The full-time courses price range lies between $14,950 and $16,950 if students pay upfront. Students can also pay in up-to-4 installments or by taking out loans. Students can also choose to enroll in their income share agreement (ISA). If they do this, then they pay the tuition back after they begin working.

Part-time courses cost $3,950, and students can choose to pay this upfront, monthly payments, or loans. The General Assembly ISA is not available as an option for part-time courses.

After applying, prospective students connect with a General Assembly admissions rep. They determine whether or not the course is a fit for their experience and goals.

Prospective students in the full-time immersive course have to complete an admissions assessment to ensure they are prepared. After they have been accepted, students must pay a downpayment to secure their spot in the program.

Touted to have the best tech courses, the full-time coding bootcamps feature expert instruction, one-on-one career coaching, and top employers’ connections to get the students hired.

Unit 4: Working With a Product Team

Unit 5: UX in the Real World

We have discussed the primary curricula that the school holds onto predominantly for most of its courses. The part-time classes and workshops have similar curricula, with most of them catering to a particular course that the student has chosen. Let’s continue with the General Assembly Review.

Puzzled about the best coding bootcamp out there? Don’t worry, here is the Best Coding Bootcamp in 2021.

Though General Assembly is present in multiple locations across the globe, all classes that were conducted physically have moved to virtual online courses.

Explore General Assembly’s campuses and get involved in their community at events, workshops, and courses in technology centers worldwide. Here are the locations  of General Locations:

As per General Assembly’s 2018-2019 Report, 86% of students landed a job six months after completing their courses, be it in-person or online class. At the same time, there is no evident data available on the average salary. Their total global alumni strength stands at a whopping 70,000+ members with 3,685 graduates in 2019 alone. Their data is audited by a company called KPMG, and the same company officially distributes the reports.

Here is a list of startups that recruit GA grads

The school is on the SwitchUp list of best bootcamps in 2020. Many grads have found success with General Assembly and are now working in roles directly related to what they learned in the course.

We’ve reached the end of General Assembly Review. With an array of courses in their arsenal, General Assembly is known as one of the best coding schools globally. The school claims to have a 70,000+ alumni network, 40,000+ full-time and part-time course grades, and 19,000 hiring partners.

Invariably, we do not endorse or support any coding school. Our reviews are unbiased and honest opinions about that organization based on the information gathered from industry-related resources.